80 Mitchell Road, Cronulla
Get Directions
Australia’s premier surf boat event will be heading back to one of Australia’s favourite beaches in 2022, bringing more than 3,000 competitors, supporters and event officials to Cronulla in Sydney’s south. The 2022 Australian Surf Rowers League (ASRL) Open will be held at Cronulla’s Elouera beach from 17 – 20 February 2022, with over 350 surf boat crews from almost 100 clubs expected to attend. This equates to thousands of surf life savers from across Australia who will head to Elouera for four days of exhilarating surf boat racing. It is the biggest stand-alone surf boat racing event in Australia with divisions of surf boat racing being contested ranging form Under 19s through to Masters and the Interstate Championships. The Australian Surf Rowers League has been embraced by the surf lifesaving community all around Australia, and together surf lifesavers look forward to continued relationships for many years to come. The sport of surf rowing requires effective team work and a high level of fitness, two attributes of the Royal Australian Navy. Surf rowing as a sport is an ideal means to promote the healthy ideals of the Royal Australian Navy. Kingfisher Pool Campground is located in the middle of Heathcote National Park, north west of Waterf... 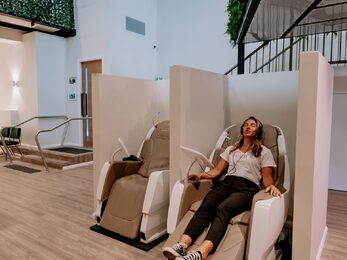 With a cocktail in hand, summer vibes, live music and happy healthy people to greet, their 6th annua...