The World's best are coming, are you?

The countdown is on for the Women’s Rugby League World Cup which kicks off on 16 November and runs to 2 December. The world’s best from Australia, England, New Zealand, Canada, Cook Islands and Papua New Guinea will battle it out for the FIRST EVER Women’s World Cup title.

The Sutherland Shire is set to host the festivities, with eleven international games to be played at Cronulla’s Southern Cross Group Stadium including all pool and semi-final matches.

This is a great opportunity to showcase the Shire as a proud host of major international sporting events, and to fortify our area as a destination of national and international significance.

Decorate your business with World Cup flyers and adopt a nation, flying the colours of both Australia and the adopted nation of your zoned area. Or simply engage with social media using the hashtag #WRLWC2017, #AdoptWWC or @RLWC2017.

The popularity and participation in women’s rugby league across the country has grown ten-fold over the last few years. Statistics show that more than 180,000 women and girls are now playing the sport across Australia, with 90 female only competitions run nationally. The number of female participants climbs to over half a million with the inclusion of touch rugby league.

Professionalism in the sport has also improved drastically in recent times. In November 2016, Jillaroos star forward Ruan Sims made history when she signed the first ever women’s NRL contract with the Sharks. Since Sims put pen to paper, another 20 women have secured NRL playing contracts, training three times a week and playing matches throughout this year.

You can secure your tickets to the 2017 Women’s Rugby League World Cup here. To enquire about the many ways your business can be involved with this historic event, contact Sutherland Shire Business Chamber Chair, Joanne Ryan via email at chair@sutherlandshirebusiness.com.au.

Mirang Pool campground is located at the northern end of Heathcote National Park. Enter from Heathc... 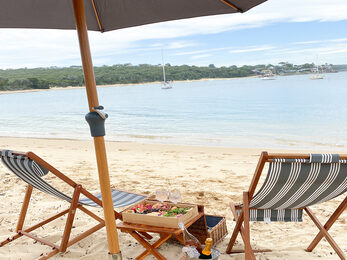 With warm spring days upon us and the ease of restrictions around the corner, there's never been a b... Learn piano skills and composition in these tailored private piano classes in Sydney. These piano l...